Nine board members serve as the policy-setting body for the Board. Seven of the members are appointed by the Governor, one by the Senate President Pro-Tempore, and one by the Assembly Speaker. Board members include five registered nurses and four public members. The current board members are: 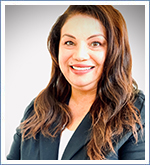 Dolores Trujillo of Sacramento has been appointed to the Board of Registered Nursing by Governor Newsom. She is a Registered Nurse who previously worked as an ICU Charge Nurse and Peds ICU Nurse at Kaiser Sacramento between 2000-2010. Ms. Trujillo has been working at Kaiser Roseville as a bedside Neonatal ICU nurse from 2010 to present. 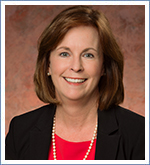 Mary Fagan, PhD, RN, NEA-BC is the Vice President for Patient Care Services and Chief Nursing Officer at Rady Children’s Hospital San Diego. She received her Bachelor’s Degree in Nursing at St. Louis University, a Master’s Degree in Nursing from Yale University and a PhD in Nursing from the University of San Diego. She practiced as a Peds ICU Nurse and Educator in St. Louis, MO and New Haven, CT and has been with Rady Children’s Hospital since 1987 in various roles including Manager and Director of Critical Care Services, Quality Management Director and has been the Chief Nursing Officer since 2010. 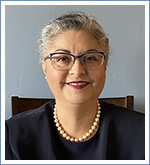 Jovita Dominguez, BSN, RN, was appointed by Governor Newsom in the Nurse Educator Role. She has taught as a clinical instructor in medical/surgical and pediatric units for Hartnell College for 22 years. She is employed by Salinas Valley Memorial Hospital for 33 years as a progressive care nurse and currently works in Observation Care Unit as a designated charge nurse. Her past experience has been in Emergency Department, Post Anesthesia Care Unit, Endoscopy, Outpatient Surgical, Pre and post Cardiac Catherization Unit, Diagnostic Imaging nursing. She is a member of California Nurses Association and American Society of PeriAnesthesia Nurses. She received her BSN from San Jose State. 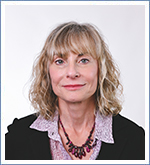 Vicki Granowitz, of San Diego was appointed to the Board of Registered Nursing by Senate President Pro Tempore Toni Atkins. She spent 16 years as a psychotherapist in private practice specializing in the field of child abuse and sexual assault and 4 years as a Social Worker at the Veteran’s Administration Medical Center in La Jolla. Vicki retired from psychotherapy 35 years ago after being diagnosed with Multiple Sclerosis. Since then she has been an active community organizer and citizen volunteer participating on a diverse range of boards and committees, currently serving as Vice Chair of the San Diego Parks Foundation. Vicki received a Bachelor of Science in Criminal Justice Administration and a Master of Social Work from San Diego State University. 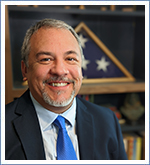 Roi David Lollar of Bakersfield has been appointed to the Board of Registered Nursing by Governor Newsom. He is an 18 year veteran educator in the Kern High School District, having taught Drama and English. His past experience has been as a Graduate Teaching Assistant at the Fine Arts Department of the University of Illinois and as a Talent Agent Assistant at International Creative Management in Beverly Hills. He is a member of the Kern High School Teachers’ Association, formerly on their Executive Board, and is currently a member of the National Education Association's Task Force for Future Assessments. He earned his terminal degree, the Master of Fine Arts (MFA) from the University of Illinois. 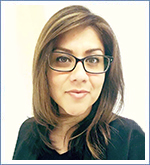 Appointed by Speaker Anthony Rendon, Susan Naranjo is the Public Affairs Director and staff executive team member of the Committee of Interns and Residents CIR-SEIU. Susan was raised in San Ysidro, California. For more than 10 years, Susan has worked with workers across multiple industries to form and strengthen their union at their workplace and advance policies that protect working families.

She holds a BA in Political Science from California State University, San Bernardino. 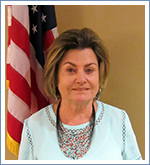 Previously Ms. Woods was a Labor Representative with the California Nurses Association, representing RNs and NPs, from 1994 to 2007. Within this position she coordinated the Quality Liaison Program, a joint program between CNA and Kaiser Permanente, wherein RNs and NPs examined patient care issues in order to increase quality services.

She was a FNP at Kaiser Permanente, Santa Rosa from 1976 to 1994 in Family Medicine and also a member of the HIV Consult Team. From 1984 to 1994 she was an Adjunct Clinical Professor for NP students at Sonoma State University, and from 1982 to 1988 a NP Sexual Assault Examiner at Sonoma County Community Hospital.

Before earning her NP certification and MSN from Sonoma State University, Ms. Woods was an ICU and medical/surgical RN. 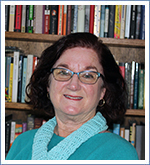 Patricia "Tricia" Wynne of Aptos was appointed to the California Board of Registered Nursing by the Governor. She was Deputy State Treasurer in the Office of the State Treasurer from 2006 to 2013. She was Special Assistant Attorney General in the Office of the California State Attorney General from 1998 to 2006, Policy Director to State Senate President Pro Tempore Bill Lockyer from 1994 to 1998, and Senate Judiciary Committee Counsel for Chairman Bill Lockyer from 1983 to 1994. She earned a Juris Doctor degree from the University of San Diego School of Law.